Manage your money - we can help.

Starting in 2021, seniors can take advantage of the Earned Income Tax Credit also known as the EIC or EITC. Previously, this credit was much more restrictive (stopping at age 64), but now there is no upper age limit.

EIC/EITC is a refundable tax credit for people who work and whose income falls within a specific range. Qualifying income includes taxable wages from an employer or net earnings for the self-employed.

Seniors and other qualifying adults don’t receive the tax credit automatically; first they need to file a tax return (even if they usually don’t need to). Your amount of credit received depends on income, filing status, and the number of children claimed, if any.

There have been several changes to the EITC thanks to the American Rescue Plan Act of 2021. Some changes are temporary for the 2021 tax year, some are permanent.

For 2021 only, we can see the following changes:

• More childless workers and couples qualify based on age. The previous age limit was 25-64, but now it starts from 19 with no upper limit.
• Qualified former foster or homeless youth may qualify at 18.
• The maximum credit has nearly tripled for childless EITC to $1,502, up from $538 in 2020.
• EITC is available to filers with an Adjusted Gross Income below $27,380.
• Both childless workers and those with dependents can choose to use their 2019 income if it was higher than their 2021 income for the EITC portion of their taxes—in some cases, this might give them a larger credit. This will not affect their taxes in any other way.

Changes for 2021 and beyond:
– Single and joint filers with social security numbers can claim credit even if their children don’t have SSNs; they would still get the EITC, but just the smaller amount reserved for
childless workers.
– Starting in 2021, the limit on investment income is increased to $10,000. After 2021, the $10,000 limit is indexed for inflation.

The Earned Income Tax Credit may not always be the full $1,502; it phases out as adjusted gross income or as earned income increases, but if you qualify, it can boost your tax refund by a good portion. 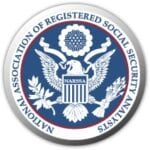